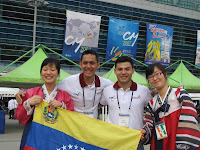 Here are a few quick pix of the CM2007 scene. I cycled through goosebumps and tears of joy several times last night, especially during the rocking worship time led by Undignified (a CCC band of Korean students and staff from LA).

Hope this gives you a brief picture. Rev 7:9 snapshot of the day: I rode down to breakfast on the elevator with students from Korea, Afganistan and Argentina. Then later, I enjoyed a conversation in Chinese with an East Asia STINTer who had just returned from a year in Uzbekistan. 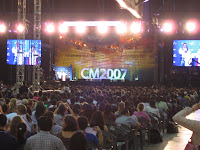 View all of Ken's posts.