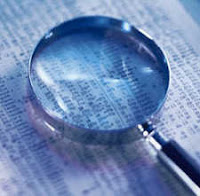 If we could have lunch with one of the greatest leaders in the world and he or she offered some free advice, would you take it? Whether it was Colin Powell, Margaret Thatcher, Martin Luther King, Jr., or Lee Kuan Yew, I’d be inclined to listen.

Few students of world history would dispute that Paul the Apostle, formerly Saul the Jew from Tarsus, was just such a world-class leader. This guy traveled all over the known world, spoke and wrote in several languages, and personally planted entrepreneurial startup churches in four Roman provinces. The root principles Paul used in his approach still bear fruit 2,000 years later. He understood Movements Everywhere.

In his letter to the young Christian fellowship at Rome, Paul offered five powerful words of leadership advice: “He who leads, with diligence.” (Romans 12:8)

Lead with diligence. What does Paul have in mind? He’s telling us that some people in the community – the team, the body – are supposed to be leading. And if we’re leading – if we’re in charge of some project, no matter how big or how seemingly small – we’re called to do it with diligence. This means paying attention, giving care, watching closely, being curious about what’s going on and responding appropriately. Diligence, or spoude, carries the idea of zeal, intentionality, earnestness, and striving to give of one’s self.

OK, I’m going to risk a rant here. The trend in leadership discussions has been to paint a dichotomy between leading and managing. But the era of leader as a visionary-“don’t concern me with the details”-celebrity has thankfully almost come to an end. As a well-trained Middle-Eastern Hebrew thinker, Paul didn’t see a dichotomy. Paul knew that good leadership includes armfuls of great management.

Jim Collins discovered the same thing a few years ago in researching his bestseller Good to Great. The truly great companies are led by truly great Level 5 leaders who carry personal humility with professional will. Diligence. Zeal. Focused intentionality.

My friend Dela Adadevoh talks about three different styles of leading people. One way is Eyes On, Hands On. That probably stifles and leans toward too much control of an environment in which no one can grow larger than the embrace of the leader. A second option is Eyes Off, Hands Off. Though we may expect this to be empowering, over time we discover that this style isn’t really leadership but rather abdication.

There is a third way. Eyes On, Hands Off. Those called to lead still pay attention. Somehow they watch, listen, inspect, evaluate, pray, nurture, nudge, encourage, support and love without needing to control or overly-manage. I think this is what Paul had in mind.

Lesson for us: Whatever we’re overseeing, let us lead with diligence.

2 replies on “Lead With Diligence”

I was glad to discover your blog recently. I’ll look forward to staying informed on the latest thinking on leadership from a Christian perspective.

Hey Mr. Cochrum!!!!
I’m gonna miss you and your fam. Thanks for always being willing to let me part of your household. God bless you guys during these next two weeks!
In Him and Much Luv,
Jana