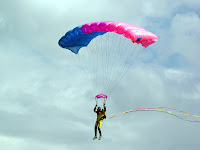 A couple of years ago a friend of mine asked: “If I were to parachute into a city where I could observe a true movement of God on a campus, where would you drop me and what would I see?” We discussed several potential locations in East Asia, then we realized we might be overlooking an obvious one staring up at us from the pages of Scripture.
The movement at Antioch truly changed the known world. In just 10-15 years – only half a generation – key cities among four provinces of the Roman Empire (Galatia, Macedonia, Achaia and Asia) were “turned upside down.” Several of us sat down and began a long period of group study on this radical church-planting church. The highlights can be found in the New Testament record of the book of Acts, mainly between chapters 11-15. Many of the apostle Paul’s letters also illuminate the DNA flowing from this new missions-sending base.
We asked ourselves two simple questions:

I’ll fill in the specifics in a later post.

The conversation, though, has now become global. Many people have been asking the question, and here’s what we believe the old principles and new practices indicate as a working definition.

Definition. A Campus Movement is where God is working supernaturally through a team of like-hearted people to Win, Build and Send toward fulfillment of the Great Commission. True spiritual movements cannot be created by men, but are founded by prayerful dependence upon God.
Measurable results. Over time God’s grace would be increasingly evident in each of these behaviors:
1. Connecting lost students to Jesus
2. Life-changing discipleship
3. Multiplying student leaders (who mobilize and mentor others to lead)
4. Generation of local resources (vision, people, money, ideas, etc).

The first two elements describe non-negotiable personal MINISTRY components that form the foundation of any healthy movement. Points three and four reflect the difference between ministries that gather and MOVEMENTS that reproduce.