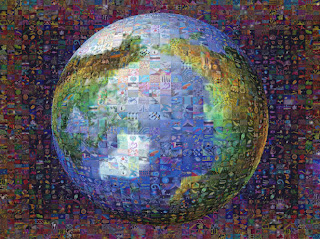 We are currently witnessing a resurgence of spiritually motivated student activism around the world. “God will accomplish His purposes,” our former pastor used to say, “with us if He may, without us if He must.” The longer Ann and I are involved in God’s global harvest, the easier it is to believe we are on the brink of seeing His Great Commission fulfilled.

One of my many lame excuses for few recent blog posts has been extensive travel over the past two months. From Cape Town to Cairo, from LA to Canada, and from Hungary to Thailand, dozens of conversations with field staff and student leaders confirm that God is accomplishing His work at a seemingly accelerated rate.

• Kristoff, a German student who attended the CM2007 missions conference in Korea last July, was convicted by those students sitting in the “no photos” section because they came from countries where they faced persecution. “We’re not risking anything,” he said. He has mobilized a prayer movement, calling fellow students to believe God together for gospel-resistant German campuses.

• I recently attended a gathering in Hungary of about 500 Christians who minister throughout 19 countries in Eastern Europe and Russia. A majority of these teams saw between 5-20 students indicate decisions to follow Jesus Christ just last semester. Several of these locations have been notoriously hard soil.

• In “closed” East Asia, one multinational team comprised of 4 staff members and 5 volunteers has seen God open up student-led ministries on 30 campuses in 4 cities. Please read that again and let it soak in. I asked Andy, the team leader, what his secret was. “Asking students to be in a prayer group or join a Bible study is not a challenge,” he replied. “We show them God’s big heart for the nations from day 1, then invite them to change their world. We’ve discovered that this way the students don’t think ‘Hey wait, I need a staff member to help me,’ or ‘I need permission to….’ They just go for it and start leading.”

Lesson for us: History is moving toward a very clear end which culminates in the God of the Bible being glorified in every nation. Students have always been the lever that moves the world. Let’s get everyone we can think of out of the bleachers and onto the field.

One reply on “Student-led Movements Everywhere”