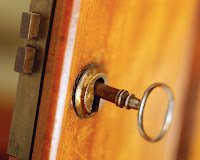 Four months from today 15,000 – 20,000 Christian students and CCC staff members will gather in Busan, Korea. Why? To unite our hearts and raise our voices in magnifying our Lord Jesus Christ. Together we will worship, pray, fellowship, eat, share our lives, learn, and take bold steps into the future.

We will also be asking ourselves some tough questions as a global movement. Questions such as “What will it take to see Jesus raised up on every university, in every nation?” and “Lord, how can we work together to help plant Christ-centered movements on every campus in the world?” and “What role do you want me to play in this, Lord?” Together we will honestly seek the Lord and listen for His loving response.

We are not the first to ask these questions. As I study missions history among the college students of the world, it seems God raises up someone in each generation to ask these questions. Lately I’ve been captivated by the thoughts of South African pastor Andrew Murray. In 1900, a global missions conference was held in New York City. Murray was invited to speak but did not feel he could leave South Africa due to an ongoing war. Following the conference, two volumes were published which contained every speaker’s written message. Murray read through them all and was astonished to find that the central motivation for missions was left unaddressed by the conference.

In a fiery yet humble response, Murray penned The Key to the Missionary Problem. He boldly asked the Christian leaders in his day: “How can the church be aroused to know and to do our Lord’s will for the salvation of men?” This pastor unpacks fantastic thinking on world missions, issues in working with churches, the need for missions organizations, and the focus on college students as being crucial for raising the next generation. He truly believed that all the resources were present in the church to finish the task of world evangelization in his generation. Why then, he asks, with millions of Christians in the world, is the army fighting the hosts of darkness so small?

“Though much may be done by careful organization and strict discipline and good generalship to make the best of the few troops we have, there is nothing that can so restore confidence and courage as the actual presence of a beloved King, to whom every heart beats warm in loyalty and devotion. The missionary problem was a personal one.”

How should we respond to Murray’s challenge? We would do well to listen to the voice of a Christian student leader who attended the 1900 missions conference. D. Brewer Eddy of the Yale Band gave the student viewpoint:

“The importance of leadership must be emphasized. You are the leaders. We, six million young people, are willing to follow you, if you will guide us…. If you base your appeal on grounds of pastor’s pride, or of individual church benevolence, or of denominational [or CCC] loyalty, our young people will return a reward commensurate with the grounds from which such an appeal is made. But come to us with the deepest spiritual note you can sound, with a message from the life of the Master we are learning to love more and more, and we six million will follow you to the best of our ability.”

Lesson for leaders: May we sound the deepest spiritual note with a message from the life of the Master we are learning to love more and more.

(Quotes taken from “The Key To The Missionary Problem” by Andrew Murray, CLC Publications, 1979.)

View all of Ken's posts.