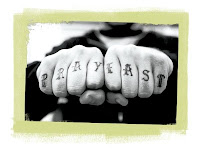 I have observed that almost any discussion on genuine spiritual movements eventually surfaces the question: “So, what’s the secret?” People lean in, notebooks shift, texting thumbs pause.

Not that I can say with certainty, but I can offer personal observation after hundreds of conversations with leaders of a few dozen countries over the past 20 years. For example:

These represent just a few examples. I could go on and on and on. Scripture also records that almost every great leader who left an indelible mark for God’s Kingdom spent extended time in prayer and fasting. Moses, Daniel, David, Paul, Jesus, the leaders at Antioch, and many more.

When faced with seemingly insurmountable barriers we might consider Jesus’ advice to his men: Then the disciples came to Jesus privately and said, “Why could we not drive it [a demon] out?” And He said to them, “Because of the littleness of your faith; for truly I say to you, if you have faith the size of a mustard seed, you will say to this mountain, ‘Move from here to there,’ and it will move; and nothing will be impossible to you. But this kind does not go out except by prayer and fasting. (Matthew 17:19-21)

Question: What role does prayer and fasting play in my movement-launching strategy?

2 replies on “Movements: What’s the Secret?”

Thanks Ken for that blog post. I’m one of those new campus staff interns (for this coming year), so it’s cool to hear a Canadian C4C story on your blog 😀

Prayer and fasting, eh? I’m gonna have to think longer and harder about that… 🙂

Ken. Thank you again. you remembered me what i knew, but i somehow forgot.
Too often we look for secrets rather than trusting God, and making Him our “secret”… .